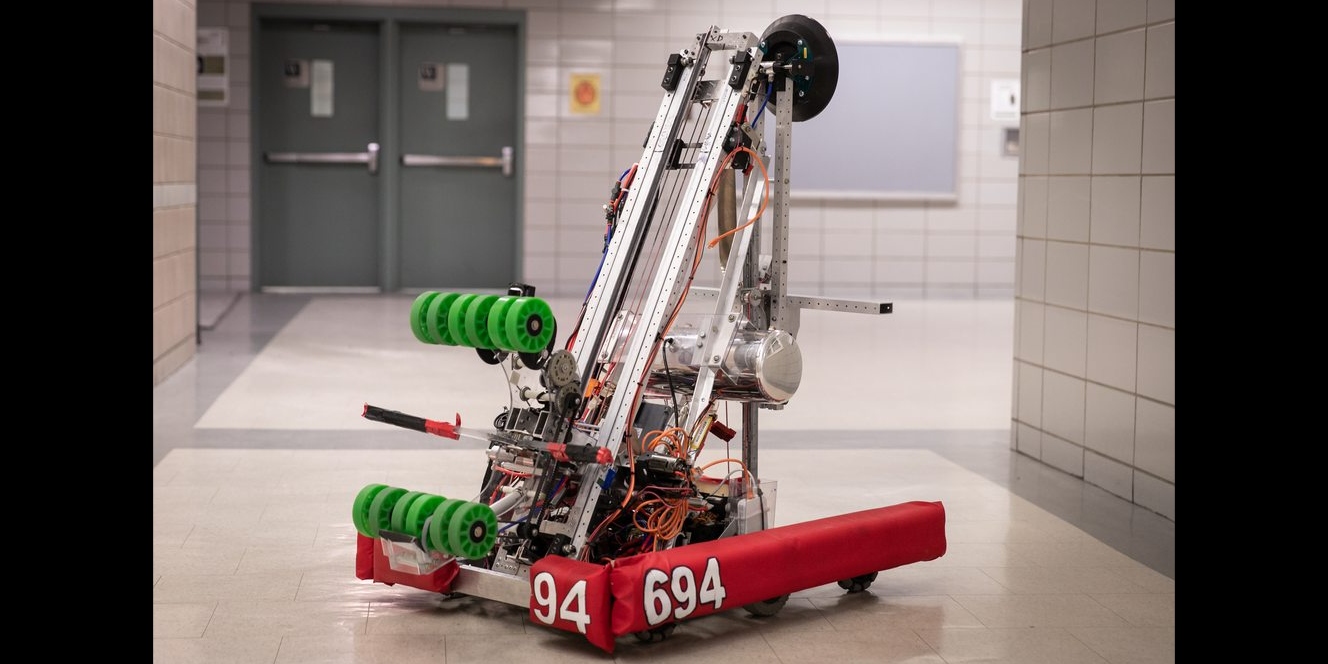 Our 2019 robot, Alfred, was named in honor of StuyPulse alumni Alfred and Edwin Lin. These two alumni donated $1 million dollars towards our new robotics lab on the 4th floor. During the 2019 robotics season, Alfred earned many awards along the way. At the New York Tech Valley regional, Alfred helped us become regional finalists, and earned us the Entrepreneurship Award. Due to the circumstances, we also qualified for championships due to a Wildcard. At the Central New York regional, we were regional finalists and placed Rank 2. Alfred won the following regional at New York, as well as earned the Creativity Award due to our inventive suction cup lift. To end off the season, Alfred played in the Daly Division during FRC’s championship and reached the semifinals.